Peter Hinssen is a serial entrepreneur, Forbes contributor, LinkedIn Influencer, best-selling author and one of the most sought-after thought leaders on organizing for the Day After Tomorrow, radical innovation, leadership and the impact of all things digital on society and business. He has given numerous keynote speeches around the world, among which those for Google Think Performance, Nimbus Ninety, Gartner, NEXT Berlin, Tedx, PayPal, MasterCard, Microsoft, CIO City, SAS, Accenture and Apple. He lectures at renowned business schools like the London Business School, the MIT Sloan School of Management and the Paul Merage School of Business at UC Irvine.

Peter Hinssen is one of Europe's top thought leaders on the impact of technology on our society. His focus is on the consumer adoption of technology, the impact of the networked digital society, and the alignment between business and IT. He collaborates frequently with organizations in the areas of IT Strategy, Transformation, Fusion and Coaching, in both Europe and North America.

Peter Hinssen is also an entrepreneur, speaker, writer and co-founder and CEO of his own technology firm, the former chairman of Porthus, and has been an Entrepreneur in Residence with McKinsey & Company.

In addition to being a popular speaker, Peter Hinssen is a prolific columnist in trade and business publications, both on-line and in print.

Peter Hinssen is currently involved as a coach to executives, helping to develop future innovation perspectives, and is a board advisor on subjects related to innovation and IT. He also develops executive education workshops and awareness sessions to bridge business challenges with IT solutions, and to leverage the innovation potential of IT.

Peter Hinssen is a passionate keynote speaker, frequently welcomed at Global CIO forums and conferences around the world. He lectures on IT Strategy and Technology & Organizational future challenges, at various business schools in Europe such as London Business School (UK) and TiasNimbas Business School (Netherlands), and is a visiting faculty at Antwerp Management School (Belgium).

More About Speaker, Peter Hinssen. . .
In the Nineties, Peter Hinssen was founder and CEO at e-COM Interactive, a leading Internet consultancy firm, where he implemented some of the first large-scale Internet and e-commerce projects in Europe. He was responsible for projects and information systems for companies such as Alcatel, DHL Worldwide Express, ING, SONY Europe, S.W.I.F.T. and Volvo.

In 1999, Peter Hinssen co- founded Porthus, on the belief that applications would not reside on in-house servers at companies, but at external, specialized data centers. Porthus thus pioneered Software-as-a-Service and Cloud computing. Porthus delivered its Business-to-Business solutions to over 1,000 companies, covering customer locations throughout Europe and beyond.

Known for his enthusiasm, Peter Hinssen captivates his audiences with highly impactful speeches concerning the most important evolutions in the world of IT and business. More generally, Peter reflects on technology as a major driver of change, particularly in business innovation but also in society at large.

Peter Hinssen has a Master's degree in Telecommunications and Electronic Engineering from Ghent University, Belgium. Hire Cloud Computing and Technology speaker, Peter Hinssen to speak to your organization through Assemblee Speakers.

THE DAY AFTER TOMORROW
With ‘The Day After Tomorrow’, Peter speaks about an exponentially changing world and its consequences for organizations of Today. He introduces those pioneers who managed to move (way) beyond Tomorrow-thinking in innovation and were able to change the course of entire industries. Above all, he writes about the business models, the organizational structures, the talent, the mindset, the technologies and the cultures needed to maximize our chances for survival in the Day After Tomorrow.

THE NETWORK ALWAYS WINS
With 'The Network Always Wins' Peter shows you how to keep your company up to speed with your market, engage with customers at a time when loyalty keeps fading into the background, and transform your organization into a network in order to thrive in this era of digital disruption.

THE NEW NORMAL
With The New Normal, Peter Hinssen looks at the way companies have to adapt their information strategy, their technology strategy, their innovation strategy and the way they are organized internally. This keynote is an interesting choice for any manager who is concerned with the future of his company as it is hit by the digital revolution. 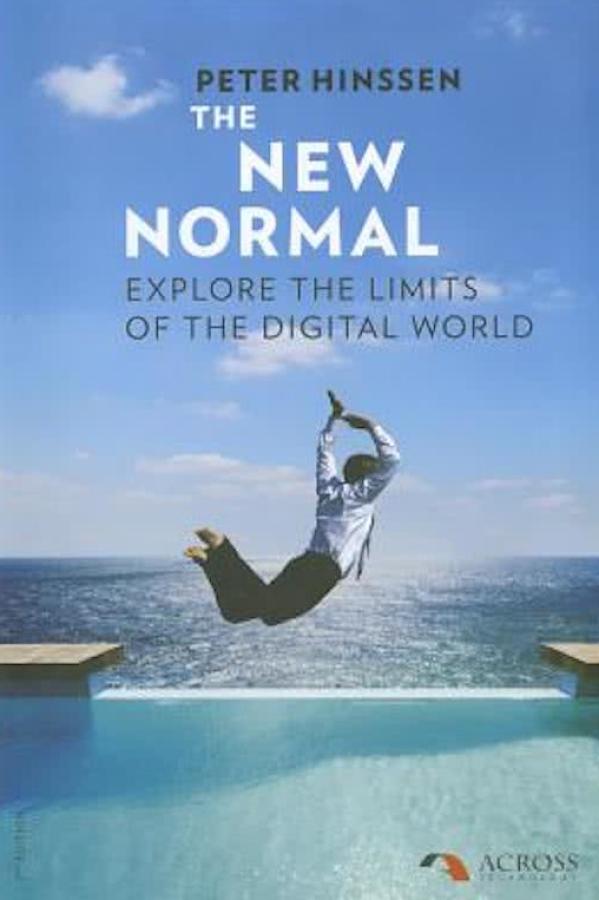 The idea behind the 'New Normal' is quite simple: 'We're halfway there'. 'The New Normal' is about all things we call 'digital', and in the digital revolution we're probably only halfway there. That means we have as much journey ahead of us as we have behind us. This book is about the trend spotting and creative thinking needed to prepare ourselves for the world of possibilities awaiting us in the big ocean of the New Normal. Talking about the digital society could soon make you sound old and out of date - such is the pace of change. Advancement in technology is creating a 'new normal' where relationships with consumers are increasingly in a digital form. 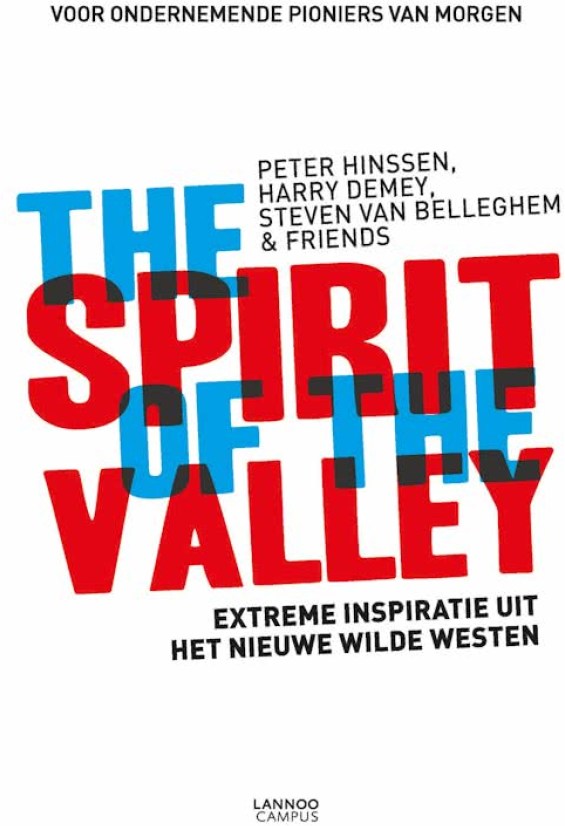 The Spirit of the Valley 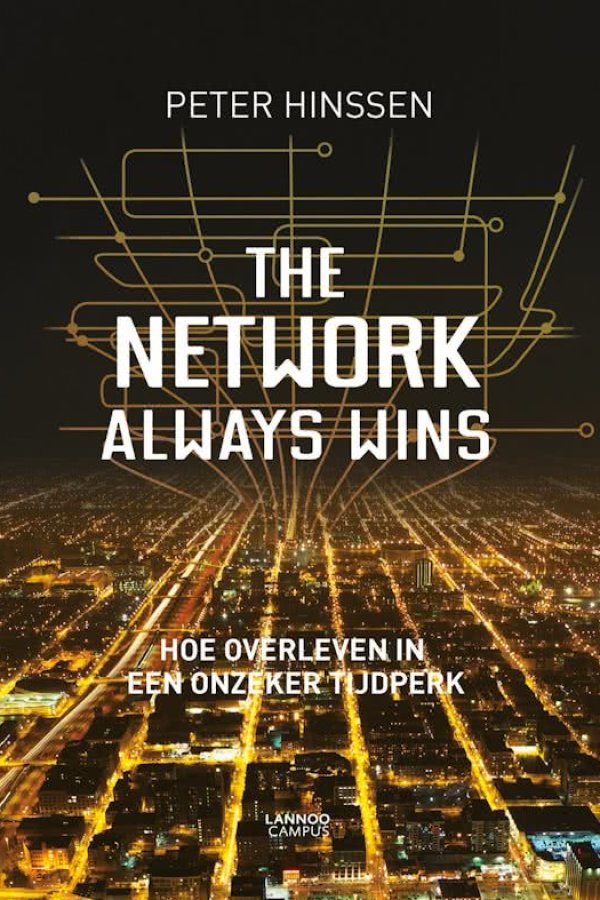 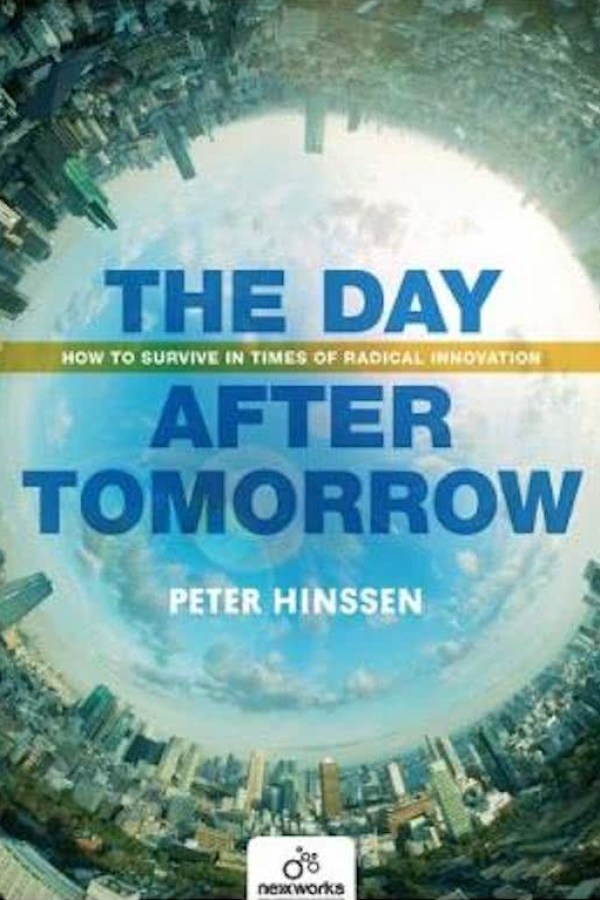 The Day After Tomorrow

In ‘The Day After Tomorrow’, Peter writes about an exponentially changing world and its consequences for organizations of Today. He introduces those pioneers who managed to move (way) beyond Tomorrow-thinking in innovation and were able to change the course of entire industries. Above all, he writes about the business models, the organizational structures, the talent, the mindset, the technologies and the cultures needed to maximize our chances for survival in the Day After Tomorrow.