Erwin Steijlen is an Award-winning Composer and Music Advisor for brands and media. With his unique "Music First" method, he works for international brands such as BMW, VW LG, Verizon, Bentley, Nike and Delta Airlines. He is an expert in the Power of Music and is absolutely convinced that every company has its own sound and music is a fixed part of the house style.
Erwin is also the founder of "Totally Tuned", an innovative platform for e-learning and a company that connects musical creativity with the international business world.

Some highlights;
- For years all product launches worldwide for BMW and VW
- Theme song for Tour the France
- Remix Shakira
- Show with Pink! - music Cirque du Soleil - music Olympic Games in Beijing.
- collaboration with DJ Fedde LeGrand
- more than 30 TV commercials on American TV
- Music in TV series such as The Mentalist, Pretty Little Liars, Shameless and many Netflix series
- Nominated for best "Dutch TV commercial music" in 2016
- Best of Glow, the light festival in Eindhoven, visited by 750,000 people. Already 2 years in a row voted the best by press and public for the Blob the Bulb and Tower of Light projects

Book
His book "Corporate Music Method, How To Make Money with Music" (2016) is highly appreciated by other composers and used in schools. This book and the method is used as a subject at various schools: a minor at ArtEZ, Institute of the Arts.

At every lecture Erwin demonstrates:
... how our musical brain works
... why music is so important to brands
... how music can provide profit growth
... that music really belongs to the house style
... how to use his "Music First" method
... how you can make your customers "physically" happy by using certain agreements
... and Erwin composes and plays live. 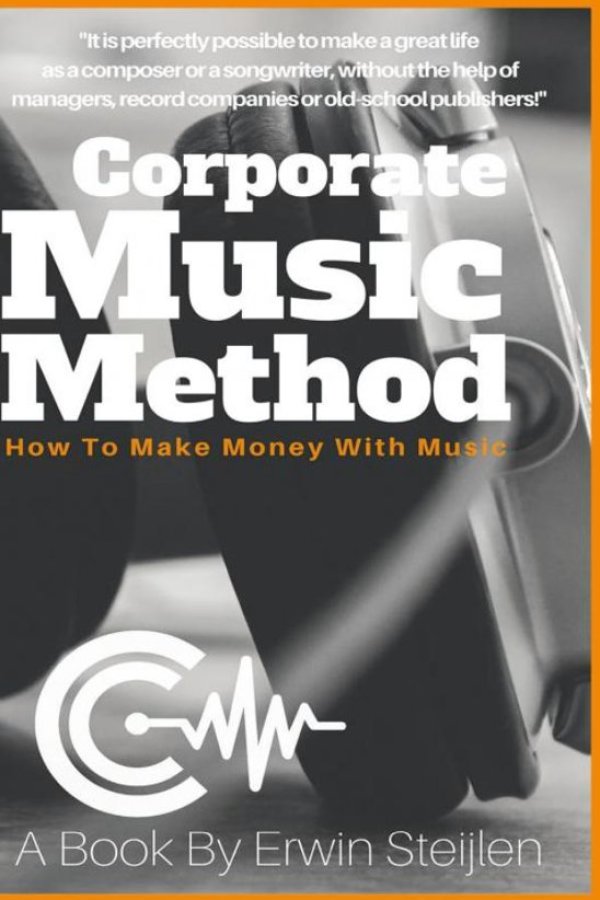 Corporate Music Method, How To Make Money With Music

Artists need a new business model in this digital era where Spotify and YouTube have changed the rules. Use the Corporate Music Method to become a successful creative businessman. Chapter 1 to 4 is about the music market and how much this market has changed in the last couple of years. Chapter 5 to 9 are about the ''25 Rules to Become a Successful Corporate Music Writer'', with musical tips and mixing tricks, examples and everything you need to know about royalties, rights and synching. Chapter 10 and 11 feature interviews with successful entrepreneurs, so we can learn from the people who started a creative business and succeeded. In Chapter 12 to 14 we'll dive deep into important things like mindset, creative- and concept thinking and how to really achieve success as a creative businessman. This book is filled with musical examples and links to video's and music. Erwin has 15 years of expercience writing for the biggest brands in the world and he is probably the #1 product launch composer worldwide. Besides being a successful songwriter and composer he teaches Songwriting and Media Composing at ArtEZ, Institute of the Arts.