Christopher Kai is the world’s leading authority in story-based leadership.

Christopher Kai is the world’s leading authority in story-based leadership and the founder & CEO of The Mathem Group, a Beverly Hills-based leadership training firm. He is a Fortune 100 global speaker, #1 global bestselling author, and founder of GPS, the premier speaker training program in the world with clients in 100 cities, 24 countries, and 5 continents. Christopher also created Mondays at the Mission, the only homeless youth program of its kind in the world. He is a former business strategist and executive speechwriter at American Express. Elon Musk once exclaimed during an interview, “Wow, you really know a lot.”

Christopher Kai is the founder & CEO of The Mathem Group, a Beverly Hills-based leadership training firm. He is the world’s leading authority in story-based leadership, a Fortune 100 global speaker, #1 global bestselling author, and founder of GPS, the premier speaker training program in the world with clients in 100 cities, 24 countries, and 5 continents. He is a former business strategist and executive speechwriter at American Express. Elon Musk once exclaimed during an interview, “Wow, you really know a lot.”

His main keynotes revolve around 4 specific topics: leadership, team building, sales, and networking. In his keynotes, he dives into the science and psychology of how we can fundamentally connect, communicate, influence and persuade better.

Outside of his business, he founded Mondays at the Mission, the only homeless youth program of its kind in the world at Union Rescue Mission, the largest private shelter in the U.S. They have helped 1,000s of homeless students stay in school, find jobs and attend college. Their esteemed speakers list include: Grammy and Oscar winners, FBI agents, Navy Seals, Olympians, and astronaut Buzz Aldrin, world record-holding swimmer Diana Nyad, and business visionary Elon Musk. He is also a former critically-acclaimed professional singer-songwriter where A.V. Club once said that one of his original songs was “the best song on the internet.”

His life mission will be to create a centuries-old institution that will be a cross between a Boys & Girls Club and the United Nations where his team will inspire, teach, and empower student leaders to solve the world’s problems as it relates to education.  It will be called “Y.E.L.L.O.W.” which stands for: Youth-Empowered Leadership - Leading Our World.”

As a speaker, every single stage he walks onto he shares his powerful story to help his clients understand how to build a business that includes purpose and profit so we can all contribute to a more just, fair and prosperous world. Christopher has been sharing his story for the last 20 years because he sees a deep lack of clarity in the world. When leaders lack a clarity of purpose then we as countries, companies and consumers lead a directionless life. That is unacceptable.

“Christopher elevated the event to a TED Talk-level conference."

“Though there were 167 speakers at the global conference in Zurich, Switzerland had I only come to hear you speak, it would have been well worth my time.”

“In all the years we have had our annual leadership conference you were our best speaker ever! No one has ever received a standing ovation except you, Christopher.”

"Very powerful. Very inspiring. He will rock your crowd. I highly recommend him."

"You far exceeded our expectations as a keynote speaker and sales training expert. We absolutely look forward to working with you in the near future."

"The key concepts Christopher shared with us about how content is no longer king but rather communication is king will be tremendously helpful in building stronger client relationships." 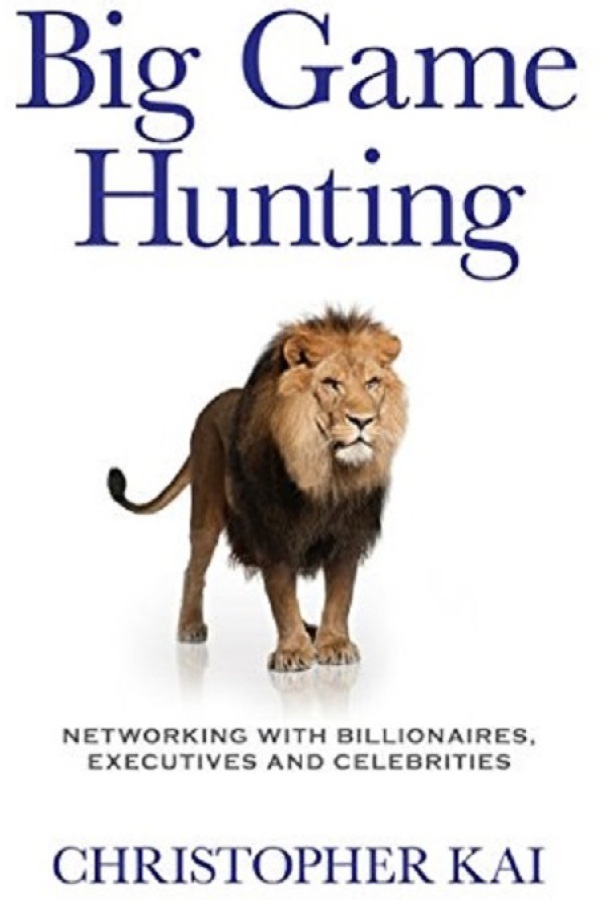 Billionaire investor Charlie Munger believes the easiest way to solve problems is to look at the problem in reverse. So instead of asking you how do you network better?, Christopher Kai reverses the problem and shares the 20 most common mistakes people make in networking, and how you can avoid them to develop life-changing relationships and lasting communities with Big Gamers – anyone in a position of influence you think is out of your league, which includes but is not limited to billionaires, executives and celebrities. Kai shares specific, actionable steps before, during, and after an event so you can identify and meet the key Big Gamers to improve your personal and professional success.

You will learn how to:
1. Understand billionaire Ray Dalio’s first principle of success
2. Define your ideal Big Gamer
3. Find events with billionaires, executives and celebrities
4. Approach anyone with unflinching confidence
5. Attend $20,000 conferences for free

Story-based leaders are leaders who use their story as the basis for their success. When you look at the “10 Most Admired Companies” in the world according to Fortune Magazine, every single one of their leaders — Steve Jobs, Bill Gates, or Warren Buffett — were or are story-based leaders. Christopher Kai dives into the science and psychology of how the most admired leaders in the world communicate their message and how you can do the same.

Better Together - The 3 Key Breakthroughs in Team Building

For more than seven years, MIT’s Human Dynamic Laboratory has studied 1,000s of employees in various departments in different companies around the world. They found that team building indeed is a science that can be measurable, observable, and most importantly improved. Christopher shares these 3 breakthroughs interwoven with his own experience leading teams at American Express and at his own firm.

Sales Success - Why Listening is the new Sales Disrupter

Sales isn’t just about selling and closing. Selling begins well before you meet your prospective clients and the true disruption is in asking intentional questions and listening and watching for specific cues from your prospective clients. Christopher Kai masterfully and profoundly summarizes what he calls “5-element listening” based on a 3,000-year-old Chinese character.

Elevate Your Relationships - The 7 Proven Keys to Unlocking Real Connections

Each day, we are drowning in a tsunami of social media, text messages and 24-hour news. No matter how connected we are digitally, the only way we can truly elevate our relationships is through old-fashioned in-person meetings, phone calls, video conferencing, and networking events. Whether you want to secure a new client, connect with a colleague, build a better team, or simply enjoy a great conversation, Fortune 100 global speaker and former American Express business strategist Christopher Kai breaks down 7 proven keys to unlocking real connections in this keynote that some audience members have called, “life-changing."

How do you develop more genuine relationships, minimize arguments, have more productive meetings, and be more persuasive with your boss, co-worker, or client? What words, tone of voice, or body language can you use to scientifically and ethically influence a person in any conversation? Fortune 100 global speaker and former American Express business strategist Christopher Kai breaks down 7 Science-Backed Methods of Persuasion in this keynote that audience members have called, “life-changing.”