Parag Khanna is Founder & Managing Partner of FutureMap, a data and scenario based strategic advisory firm. He is the international bestselling author of six books, has traveled to most of the countries of the world, and holds a PhD from the London School of Economics.

Born in India, Parag grew up in the United Arab Emirates, New York, and Germany. He is an accomplished adventurer who has traveled to nearly 150 countries on all continents. Some of his lengthy journeys include driving from the Baltic Sea through the Balkans and across Turkey and the Caucasus to the Caspian Sea, across the rugged terrain of Tibet and Xinjiang provinces in western China, and ten thousand kilometers from London to Ulaanbaatar in the Mongolia Charity Rally. He has climbed numerous 20,000-foot plus peaks, and trekked in the Alps, Himalayas, and Tien Shan mountain ranges. Parag is also a competitive tennis player.

Parag has been honored as a Young Global Leader of the World Economic Forum and has served on the WEF’s Global Future Council on Mobility, Global Agenda Council on Geoeconomics, and advisory board of its Future of Urban Development Initiative. He also serves on the board of trustees of the New Cities Foundation, Council of the American Geographical Society, advisory board of Independent Diplomat. He is a former term member of the Council on Foreign Relations, International Institute for Strategic Studies, and a Fellow of the Royal Geographical Society. In 2002, he was awarded the OECD Future Leaders Prize. He speaks German, Hindi, French, Spanish and basic Arabic.

Dr. Khanna holds a PhD in international relations from the London School of Economics, and Bachelors and Masters degrees from the School of Foreign Service at Georgetown University. In 2017, he was awarded a Richard von Weizsaecker fellowship of the Robert Bosch Academy. He has been a Senior Fellow of the Singapore Institute of International Affairs, Visiting Fellow at LSE IDEAS, Senior Fellow at the European Council on Foreign Relations, Distinguished Visitor at the Munk School of Global Affairs at the University of Toronto, Distinguished Visitor at the American Academy in Berlin, Next Generation Fellow of the American Assembly, Visiting Fellow at the Lee Kuan Yew School of Public Policy, Non-Resident Associate of the Institute for the Study of Diplomacy at Georgetown University, and a Visiting Fellow at the Observer Research Foundation in New Delhi. He has received grants from the United Nations Foundation, Smith Richardson Foundation, and Ford Foundation.

A widely cited global intellectual, Dr. Khanna provides regular commentaries for international media. His 2008 cover story for the New York Times Magazine titled “Waving Goodbye to Hegemony,” is one of the most globally debated and influential essays since the end of the Cold War. In addition to his columns as a CNN Global Contributor, Khanna’s articles have appeared in major international publications such as the Wall Street Journal, Financial Times, Washington Post, TIME, Esquire, and many others. He is a contributing editor to WorldPost and serves on the editorial board of Global Policy.

Dr. Khanna also appears frequently in media around the world such as CNN, BBC, CNBC, Al Jazeera and other broadcasters. In 2010, he became the first video-blogger for ForeignPolicy.com and from 2010-12, co-authored the Hybrid Reality blog on BigThink. From 2008-9, Parag was the host of “InnerView” on MTV. He was a consultant to the National Geographic series Origins. Khanna spoke at TED in 2016, TED Global 2009, was a guest host of TEDGlobal 2012, and lead speaker at TEDxGateway in 2018. His TED talks have been viewed more than three million times. The maps customized for Dr. Khanna’s books have been displayed in numerous prestigious international art exhibitions.

Parag lectures frequently at international conferences and gives tailored briefings to government leaders and corporate executives on global trends and scenarios, systemic risks and technological disruptions, and market entry strategies and economic master planning. He has provided expertise to many governments including the US, Canada, Brazil, Argentina, UK, Germany, Switzerland, the Netherlands, Norway, Finland, Italy, Estonia, Russia, Azerbaijan, Kazakhstan, the United Arab Emirates, Saudi Arabia, Oman, Qatar, Japan, China, India, Australia, South Korea, Pakistan, Indonesia, the Philippines, Mongolia, Bhutan, and numerous others. In 2016, he served on the Singapore government's Committee on the Future Economy. He is currently a senior advisor to Globality and serves on the advisory boards of GeoQuant, Graticule Asset Management Asia (GAMA), Datarama, Henley & Partners, and Engiscent, and previously on the Innovation Advisory Board of DBS Bank.

His speaking topics include:

- The Future is Asian:: Billons of people, Trillions of dollars

- The Geopolitics of Climate Change

- Managing Risks in a Complex World 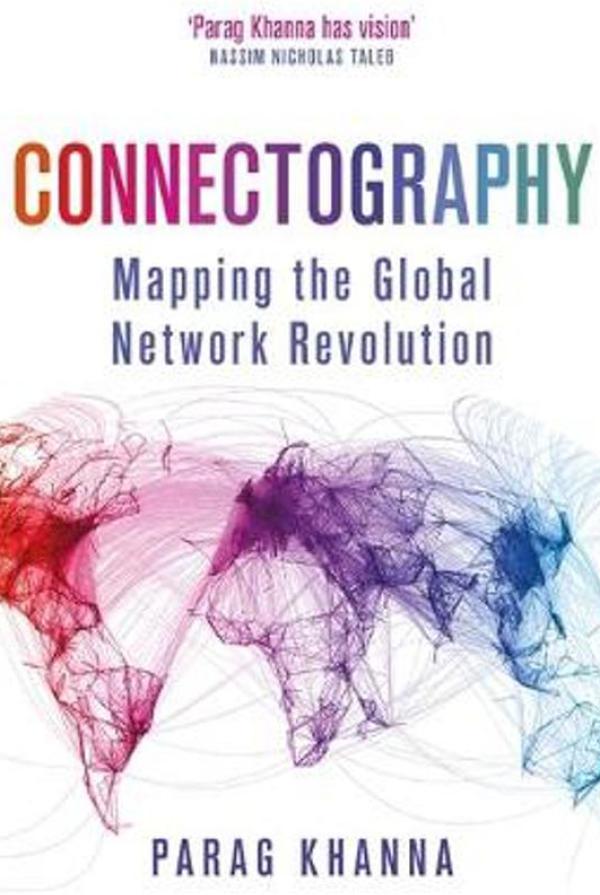 Which lines on the map matter most? It's time to reimagine how life is organized on Earth. In Connectography, Parag Khanna guides us through the emerging global network civilization in which mega-cities compete over connectivity and borders are increasingly irrelevant. 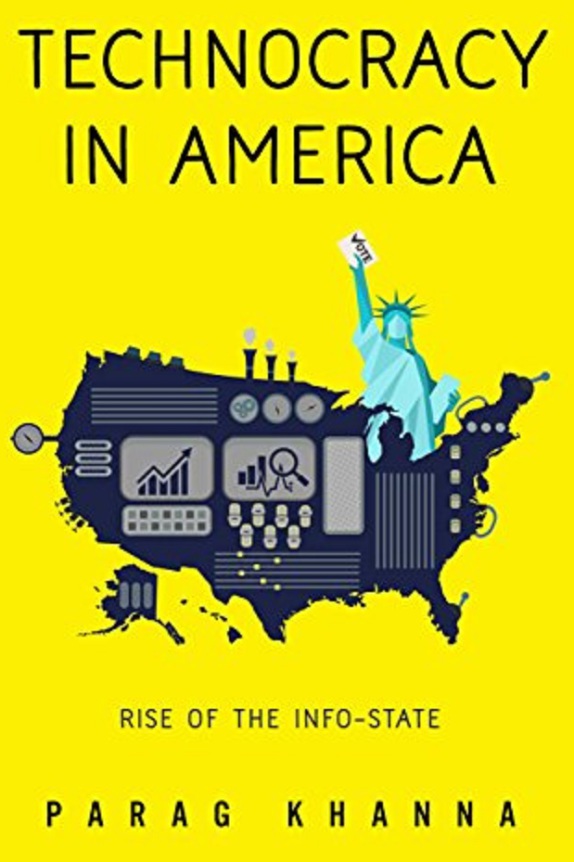 Technocracy in America: Rise of the Info-State

American democracy just isn’t good enough anymore. A costly election has done more to divide American society than unite it, while trust in government--and democracy itself--is plummeting. But there are better systems out there, and America would be wise to learn from them. 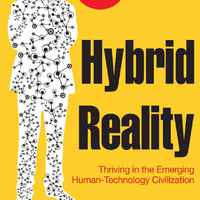 Technology futurists Ayesha and Parag Khanna declare that we are rapidly moving from a point of co-existence with technology to a phase of co-evolution with it. In the Hybrid Age, technology is ubiquitous, intelligent and social. Technology no longer just processes our instruction; it has its own agency, and we respond to it as much as it responds to us. What this means for societies and individuals, as well as communities and nations, is truly world changing. How will we respond and adapt? 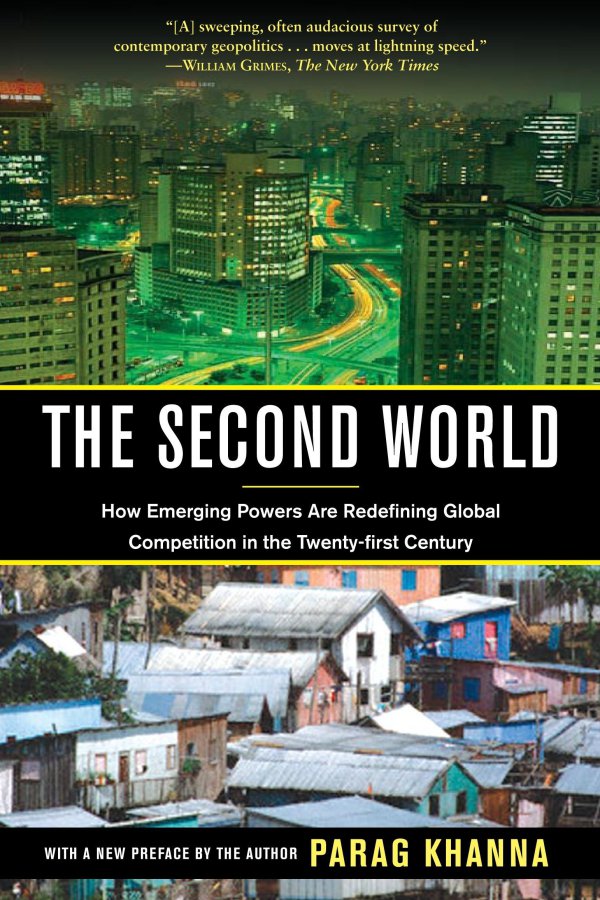 The Second World: How Emerging Powers Are Redefining Global Competition in the Twenty-first Century

The Second World reveals how America’s future depends on its ability to compete with the European Union and China to forge relationships with the Second World, the pivotal regions of Eastern Europe, Central Asia, South America, the Middle East, and East Asia that are growing in influence and economic strength. 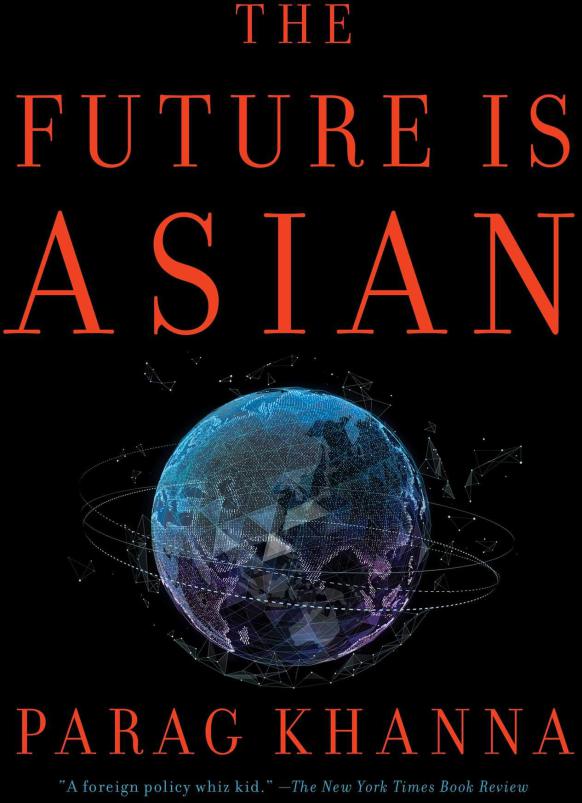 The Future is Asian

If the nineteenth century featured the Europeanization of the world, and the twentieth century its Americanization, then the twenty-first century is the time of Asianization. From investment portfolios and trade wars to Hollywood movies and university admissions, no aspect of life is immune from Asianization. With America's tech sector dependent on Asian talent and politicians praising Asia's glittering cities and efficient governments, Asia is permanently in our nation's consciousness. We know this will be the Asian century. Now we finally have an accurate picture of what it will look like. 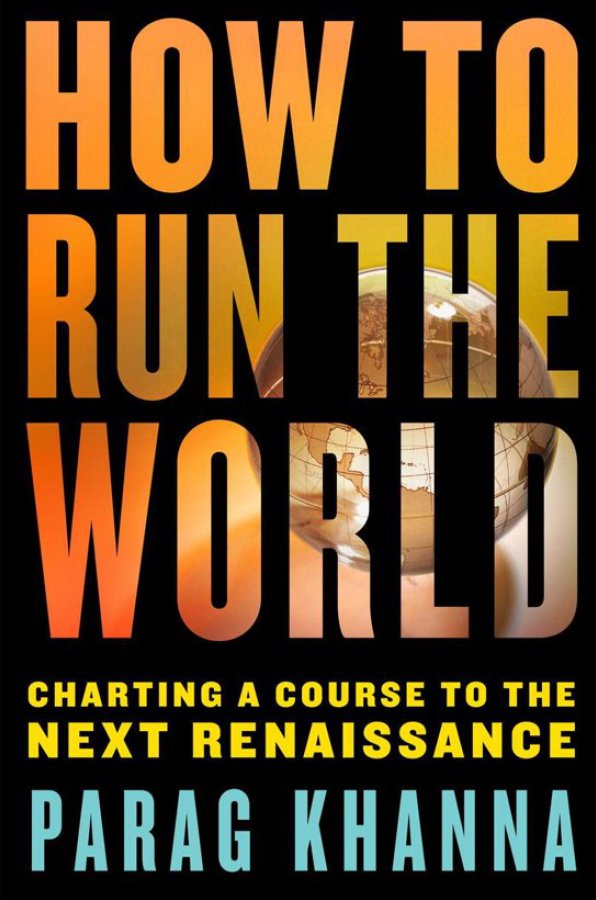 How to Run the World: Charting a Course to the Next Renaissance

Here is a stunning and provocative guide to the future of international relations—a system for managing global problems beyond the stalemates of business versus government, East versus West, rich versus poor, democracy versus authoritarianism, free markets versus state capitalism.

How to Run the World is the cutting-edge manifesto for diplomacy in a borderless world.