The STANDARD Guy. Setting STANDARDS is the alternative way to achieve immediate results.

You have heard of superstar business gurus who seem to have led a charmed life, having success after success from their twenties and through the whole of their lives. They have lots to share from their experience and rightly so.

Derek Mills did things differently; he was a failure for most of his business career but discovered a way that turned the whole of his life and business around. This is what makes his story so compelling. Derek is the everyman who became an internationally renowned professional speaker, business guru and bestselling author through the development of unique guiding principles. He did it from a standing start without any of the corporate attachments that those other business gurus had all of their lives.

The son of Jamaican immigrants, Derek was born in Birmingham, England. He grew up happily there with his six brothers and sisters, until the age of 13, when his mother died. This plunged him into the world of a stutterer.

Throughout his 20’s and 30’s, far from being successful Derek had great financial challenges and debt. His situation became dire, and at one point his family home was moments away from being repossessed by the bank. He was working long hours and this kept him away from his family.

Derek is the author of The 10 Second Philosophy® published by Hay House. He is the creator and power behind the Standards Revolution™, through which he shares his philosophy of living by Daily Standards™. If you have ever set goals and not achieved them, then find out why Daily Standards™ are the missing link to your happiness and success. If you have never set goals then DailyStandards™ is an alternative way to live the life of your dreams.

He has conducted over 15,000 personal financial interviews with people considered to be ‘not wealthy’. In addition, in the last 10 years he has carried out over 5000 ‘millionaire meetings’ and discovered who they are, what they are, what makes them tick and their philosophy. He knows about wealth, how not to have it and how to have it.

Derek has spoken to audiences from 7 – 7,000 on some of the largest stages in the world, on 4 continents. Including for:

He has spoken for organizations in the US, South Africa, Europe, India, Dubai, the Caribbean and the UK and has been invited to speak in Mexico and Russia.

Derek’s work’s unique philosophy, practices and approach have led him to become:

• A Fellow of the Duke of Edinburgh International Award

• A Fellow of the British American Project (for future leaders)

• A Member of the Evolutionary Business Council

• A former Advisory Board Member at the Birmingham Symphony Hall

• A featured expert in ‘The Keeper of the Keys’ Movie (alongside Jack Canfield and John Gray Ph.D.)

Derek’s bestselling book ‘The 10-Second Philosophy®’ is available on Amazon.

Derek Mills’ story of how he turned his life around from failing businessman and father to creating a massively successful and harmonious life will both inspire you and warm your heart. It only took one seemingly insignificant question from an office security guard one night for Derek to stop, connect deep within himself and in the next 10 seconds begin to see a way to change his entire life completely. Derek’s philosophy of immediate change – The 10-Second Philosophy® – will transform your business, relationships and life and also bring you a sense of empowerment. 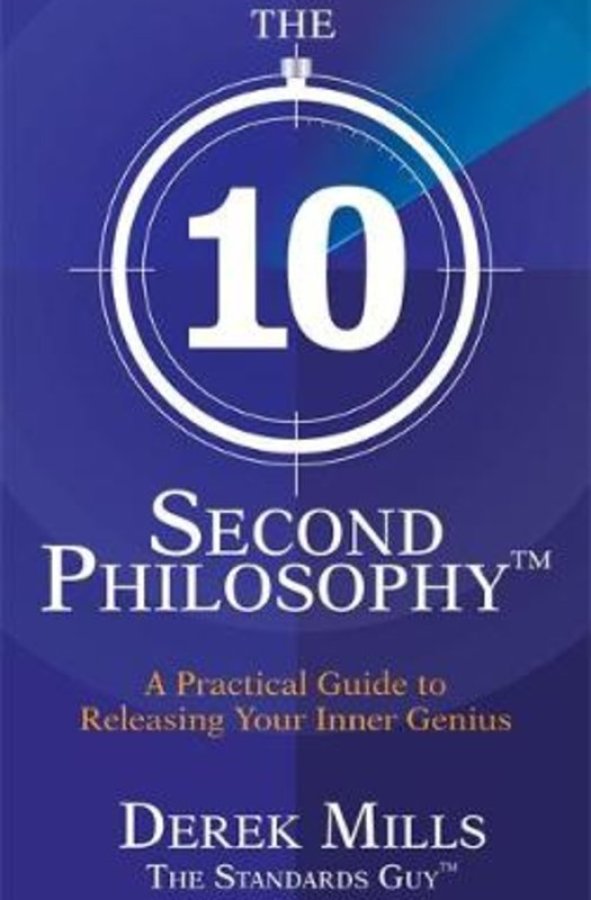 Everything was on a downward spiral in Derek Mills' life - his work, his physical and mental health, his relationships with family and friends. But it only took one insignificant question from an office security guard one night for Derek to stop, connect deep within himself and in the next 10 seconds begin to see a way to change his entire life completely. Over the next few years this led to him making amazing changes that created balance and harmony in all areas of his life, becoming a millionaire businessman and developing and sharing his methodology, the 10-Second Philosophy[registered], in front of international audiences as a speaker and coach.

The Keeper of the Keys

The Keeper of the Keys