Amberley Snyder is a rodeo competitor and motivational speaker who has fought her way back from adversity. She competed as the fan exemption in the world’s richest one-day rodeo, RFDTV’s The American. Amberley is inspiring all to Get Back on the Horse.

Amberley Snyder was born in January of 1991 in southern California. Amberley and her five siblings lived there during her dad’s Major League Baseball career with the Los Angeles Dodgers. At the age of three, Amberley began riding lessons and developed an unyielding passion for horses. After her dad’s retirement from baseball, the family moved to Utah. Amberley was seven years old and would only comply if she was promised a barrel racing horse when she got there, she got her wish, and that was the beginning of Amberley’s rodeo career.

Growing up, Amberley’s family environment was very competitive. Her siblings participated in everything from sports to gymnastics, but Amberley found her niche in rodeo. From a young age Amberley had a great sense of communication with her horses and connected with them on a very personal level. Her mom really had a hand in cultivating her passion, and before long she was competing in barrel racing, pole bending, breakaway roping, and goat tying. In 2009, she qualified for the National High School Finals in the pole bending and won the National Little Britches Rodeo Association All-Around Cowgirl World Championship. Her parents had reinforced in her that, hard work beats talent when talent doesn’t work hard. That was Amberley’s objective every day during practice and in competition which accredited to a large part of her success. Amberley was very active in FFA during her adolescent years, and in 2010 was elected the Utah FFA State President. The leadership and communication skills she gained in the organization have been invaluable to her and thus the organization is very dear to her. Amberley was excited for 2010 and had her sights on college, finishing out her FFA office term, competing in college rodeo, and preparing for the upcoming changes in her life. She was completely unaware of the magnitude of the change to come.

On January 10th, 2010 Amberley was on her way to the Denver Stock Show and Rodeo. As she was passing through Sinclair, WY she took a look down at her map. After only seconds she looked up and realized she had faded into the other lane, headed towards a metal beam. In an effort to get back in her lane, Amberley overcorrected. Her truck slid off the road and rolled and she was ejected from the vehicle. She was slammed into a fence post that broke her back and immediately she lost feeling in her legs.

After five hours of emergency surgery the doctor’s prognosis was she would never regain use or feeling below her waist. He told her if she had worn her seatbelt, she would still have use of her legs. The one mistake she made that day changed her life forever, but it has not defeated her competitive spirit. The top priority for Amberley was not even to walk, but to ride her horses again. Remarkably after only 4 months after the accident, she was back on her horse.

Walk Ride Rodeo
An inspirational message about Amberley’s life journey before and after a tragic accident, leaving her paralyzed from the waist down. Her goals in physical therapy were “Walk, Ride, Rodeo.” Her message of faith and determination will open your heart to the possibilities of happiness regardless of your life situation while motivating you to set the goals to overcome the challenges thrown in your path.

Little Moments
Life’s little moments can become the biggest parts of our journey. Amberley shares a motivational message of how the little moments in her life have shaped her into a successful speaker and rodeo competitor. She incorporates her story of a life changing accident that took her path in an unexpected direction. Her speech will take you through the emotional journey of triumph over tragedy.

Get Back On The Horse
Amberley shares her experience from living the perfect life to it all crashing in an instant. A rollover accident leaving her paralyzed changes everything. She learns how accepting help and serving others can be such an important part of life. Amberley shows how life knocked her down, but with the help of her family, friends and faith she has worked to “get back on the horse.” 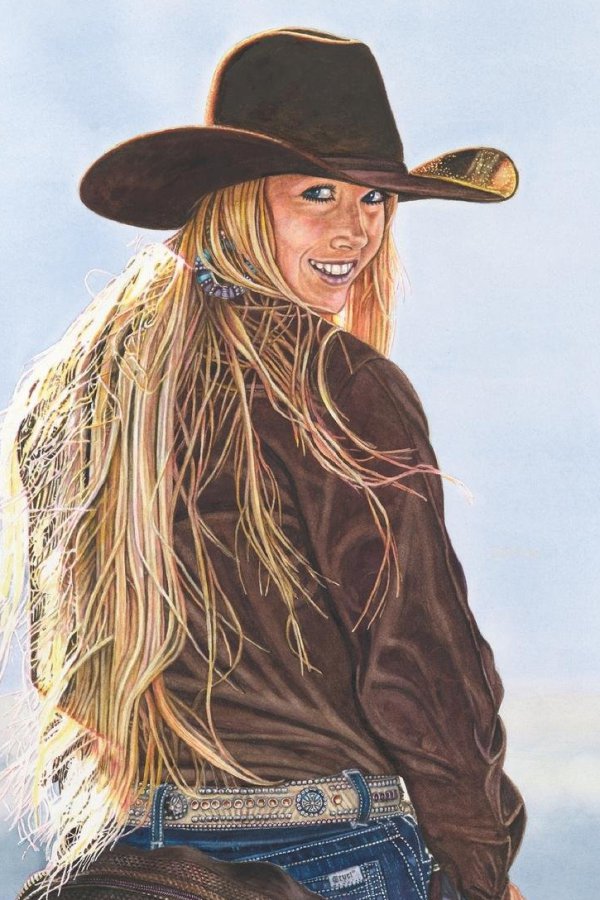 This is a story of a cowgirl whose love for horses overpowered all challenges put in her path. Her rodeo career began at a young age and her future was destined for success. A car accident changed Amberley's life at age eighteen, leaving her paralyzed. Her challenges and victories are shared as a part of Amberley's journey.